During our first few months in Mason City, Iowa we didn’t dine out much during the work week when we lived in the hotel (although we did our fair share of take-out). Purchasing a home has also impacted our budget and so we save dining out for special occasions.

I’m thrilled to be reunited with a kitchen and feel reinvigorated to cooking at home. Losing my kitchen for three months was an effective cure for feeling burnt out with meal preparation.

Here are a few of my favorite, first tastes of Mason City.

This little deli is located a block from the beach at Clear Lake and they do a brisk lunch business. The line always seems to reach the door.

During my visit, the employees took a lot of care in preparing the sandwiches which meant the line moved slowly. I had a difficult time deciding between all of the signature sandwich options so I needed the extra time, anyway. I’d rather wait for a thoughtful product than a sloppy one.

The sandwich combinations are creative and there are at least 20 options. The market also offers salads, soup and desserts. I ordered two boxed lunches that came with my choice of a whole signature sandwich and tiny cup of deli salad, bag of chips, pickle spear and a still-warm chocolate chip cookie. Each box cost about $11 each, but provided me with two meals. The non-signature sandwiches are a little less expensive. 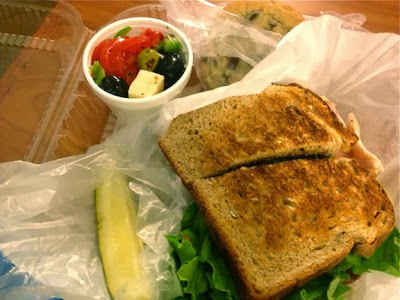 I chose a Reuban and Regata which was made with toasted bread, smoked turkey, homemade mango chutney, Havarti, cucumber and lettuce. Both were filled with a large amount of thinly shredded meat. Starboard’s sandwiches seem pricey, but they do not skimp on meat and it tastes freshly sliced. I did not find any of that thick, slimy lunch meat here.

On hot days, the restaurant is toasty inside. I think there’s a table for outside dining. Otherwise you could eat at the benches and picnic tables near the lake. 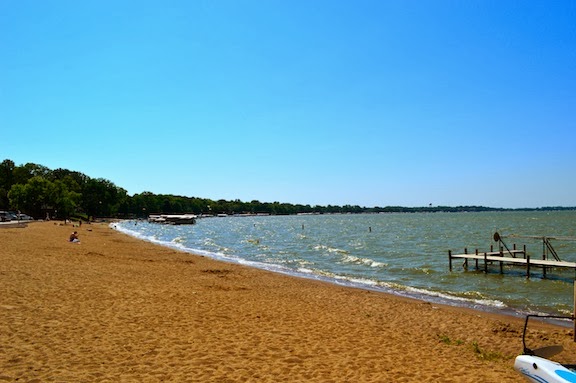 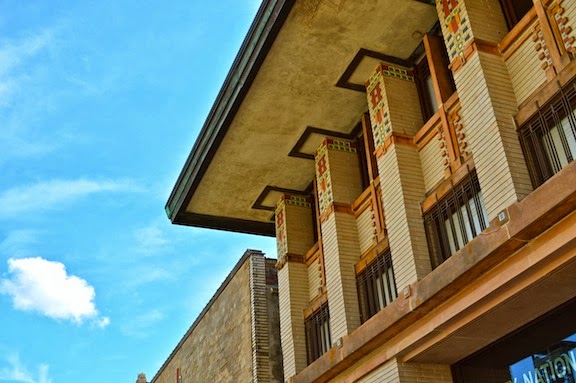 A full service restaurant is located on the main level and the lounge is below. Its bar menu includes beverages, salads, flat bread, and dessert.

The 1910 Grill and Lounges don’t seem to offer a happy hour, as they open between 5-5:30 p.m. but their menu is comparably priced to The Quarry’s full priced menu, next door.

As expected, the service was polished, yet warm. The bar did not offer beer on tap, but served a selection of craft beers. Jake chose one he hadn’t heard of while I ordered my usual, a slightly dirty martini. We also shared this beef and Gorgonzola flat bread and the caprese and romaine salads. 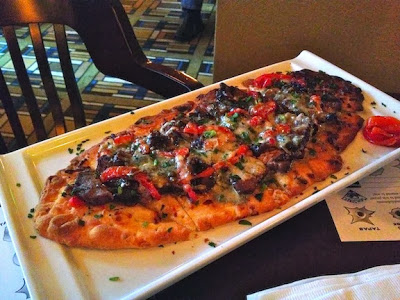 The food was straightforward, but everything tasted well-balanced. We enjoyed the tender beef on the flat bread and salad greens were especially fresh. I didn’t find a single flawed leaf and the dressings were so good that I still think about them. Ever since I volunteered in the kitchen at Spoonriver many years ago, I’ve become very picky about salads. Both of these met the mark. 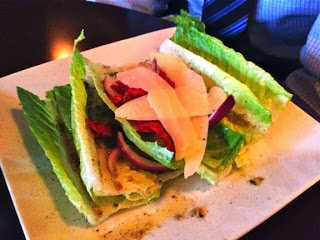 The hotel offers tours which we’ll have to embark upon next time. We did wander through the main level and poked our head in the dining room. Unfortunately, the ballroom was locked. The ceilings are short in some places which I hardly noticed, but Jake had keep remembering to duck.
Taco Tico
Every time I drove by this joint I wondered, “What the heck is a Taco Tico?”

It reminded me of Fargo’s Taco Shop, except less dingy. Despite its fast-food exterior, online reviews are mostly favorable and the dining area is never empty.

Mexican-style fast food is just not my favorite. It never has been.

I stopped by for a quick take-away lunch after a long morning of carpet removal. I ordered a chicken quesadilla with a side of their hottest sauce for less than $5.

Fortunately, it was nothing like Taco Bell or Taco John’s. The takeout container contained a whole quesadilla (not just a whole tortilla folded in half) cut into wedges. It was freshly grilled and crispy on the outside and accompanied by homemade pico de gallo with a kick, sour cream and shredded lettuce. I was delighted when the cheese pulled into strings when I took a bite and I found plenty of chicken.

Also endearing was the fact that they offer a drive-in, but recorded my order by hand on an old fashioned ticket.