I Got My Ethiopian Food Fix At The World Food And Music Festival, Des Moines

As a new Iowan, I have a lot of exploring to do.

Since we just moved into our new house, I haven’t gotten to venture very far. However, I did make it to Des Moines this past weekend to attend the World Food And Music Festival with friends.

When I was younger, I looked forward to attending the Festival of Nations in the Twin Cities. This World Food Festival was even better. I even found its food more compelling than the MN State Fair’s, which is blasphemy, I know. The sheer number of vendors astounded me and they offered dishes that ranged from Ecuadorian to Czechylslovakian.

In Fargo, ND and Mason City, IA, we’ve had to adjust to having a smaller variety of restaurants than we did in the Twin Cities. We can’t just call for Korean take-out anymore, but on a positive note, I’ve learned how to cook more foods myself. When I saw and smelled all of the food possibilities at the festival, I didn’t know where to start.

Some of the vendors were run by local restaurants while others were operated by cultural groups. Every vendor offered a tasting item for only $1 and these proved to more than substantial for the price. Plus, vendors’ regular menu items did not exceed $5.

The dollar treats I tried included this steamed pork shumei dumpling with a vinegary dipping sauce from the Filipino Store, an minty spring rolls and fried egg roll from the New Oriental Food Store and a pork taco from a Korean vendor (unfortunately, this particular version did not taste very Korean).

The afternoon became very hot and we cooled down with strawberry and winter melon flavored bubble tea shakes dotted with boba pearls and fruity jellies. 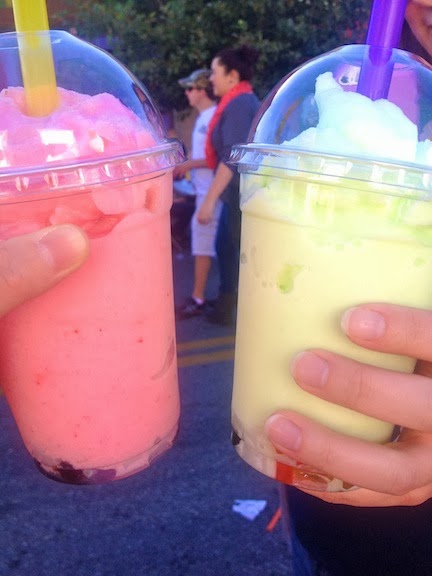 Most of all, I enjoyed this plate from the Ethiopian Association of Iowa. 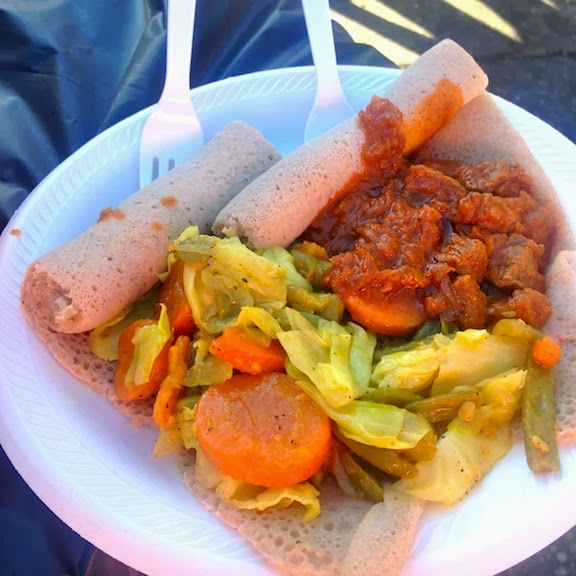 It included spongy rolls injera that tasted like sourdough bread, spicy beef seasoned with berbere and a flavorful mixture of tender cabbage, carrots, and green beans. It was really, really good. I vowed to learn how to make these dishes at home, although I know I’ll never be able to compete with the grandmother who I saw sitting by the stove, cooking everything fresh.

My friends also tried dollar samplings of chicken laarb, a sweet egg roll filled with banana, iced milk tea and toasted marshmallows from Beaverdale Confections. They made them in many flavors and customers could pick two. 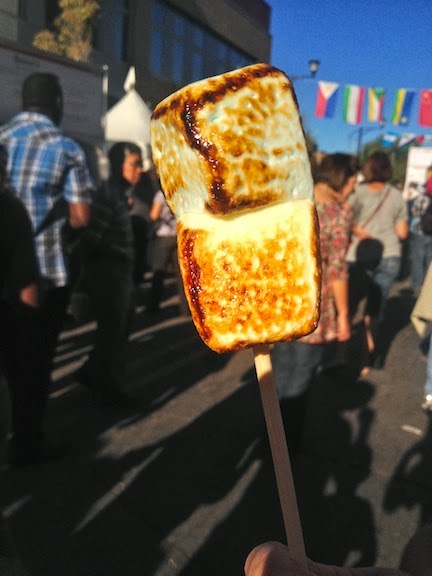 While we were at the festival, we made sure to visit Raygun who sold $10 t-shirts on the sidewalk. This only served to double my joy.

Des Moines, you have such a good thing going on with the World Food And Music Festival!