This year, Jake and I visited our old fair favorites and tried a couple of new foods.

Old Reliables
First things first, we headed for the cheese curds. We stick with Mouth Trap in the food building. 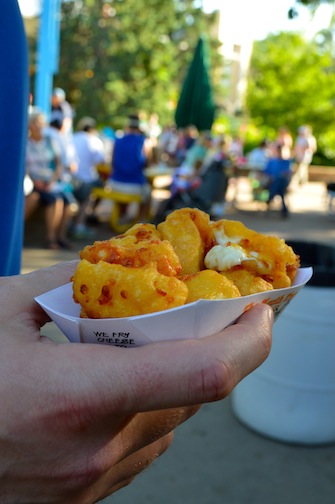 Some swear by Original Cheese Curds but I’ve tried both and don’t feel one rises above the other so we return to Mouth Trap each year. It’s still $5 for a boat.
We also like Demetri’s Greek Food for gyros. It may not look like much to get excited about, but it’s a damn good gyro. Fresh, heated bread, thin slices of gyro meat, ripe tomato, shaves of white onion, and lots of creamy cucumber sauce. 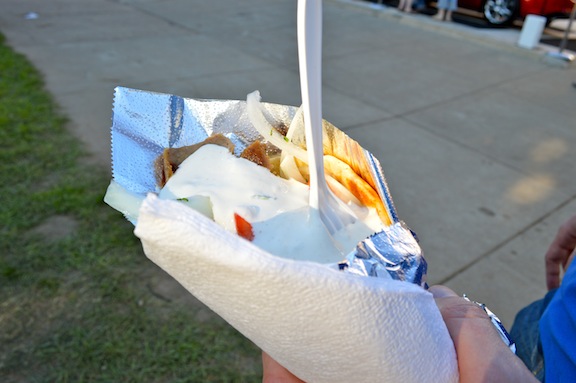 There are so many gyros in this world, yet so many are poorly constructed. If I could only go back for one food, I’d probably choose this.

Jake’s parents joined us and we shared an order of fries from Fresh French Fries, his mom’s favorite. 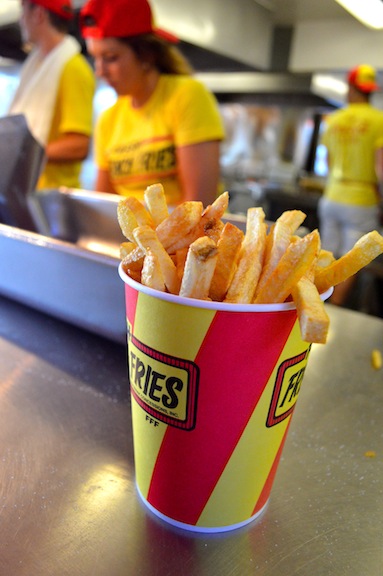 They were not greasy and nicely salted. These had also been my mom’s favorite as well as the cream puffs.
I’m only good for one bite of cream puff, but I can appreciate its light and slightly salty pastry sandwiching a pile of whipped cream. The employees must appreciate working in the air conditioned environment. 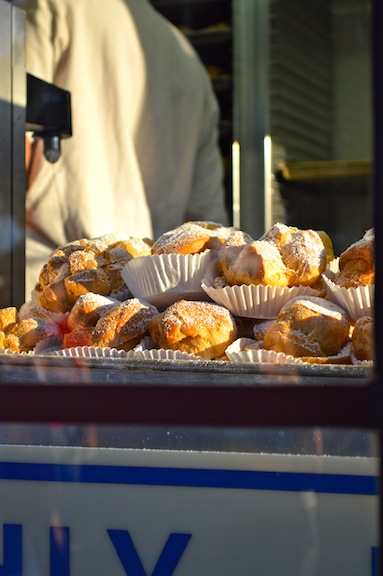 Jake ordered the hoppy beer flight from the craft beer garden in the horticulture building. 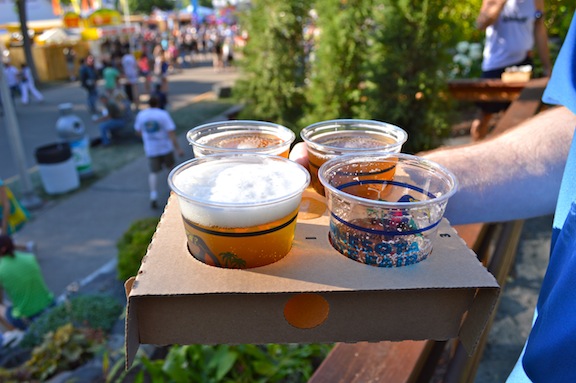 The glasses are packed in this handy carrying tray.
Not pictured are the sweet peaches from The Midtown Global Market Produce Exchange. We think they’re the perfect way to end one’s trip to the fair on a fresh note. They’re $3, but very ripe and juicy and come neatly wrapped a paper towel to soak up the drips.
New Foods To The Fair
I’ve been hearing so much about the “Cronut” donut-croissant hybrid that I sought out French Meadow’s Dough-Sant. 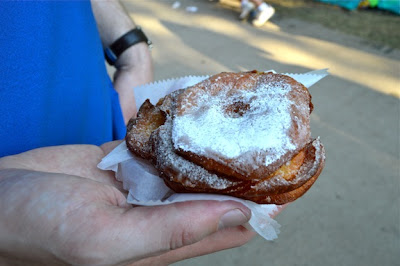 It was crispy from deep frying and flaky, but very oily. What else could I have expected, though? I wouldn’t eat another one, but Jake enjoyed it.
I wasn’t crazy about the fried green olives from the Fried Fruit stand. They were filled with cream cheese and served four on a stick with a side of ranch. 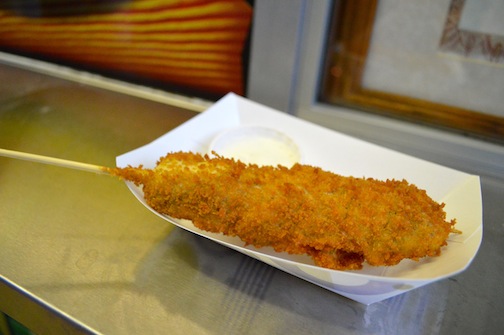 The breading was thick and heavy and tasted strongly of dried oregano. Neither Jake or I wanted a second olive.
Last year we enjoyed cannoli’s from Ole’s Cannolis in Heritage Square and tried their new candied bacon variety. 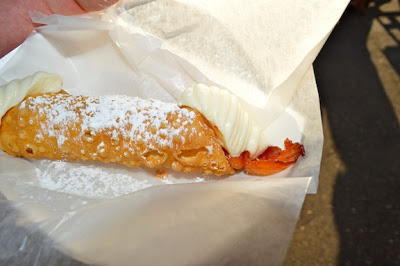 The shell is lined with a strip of candied bacon and piped with filling. I usually prefer salty decadence over the sweet so I didn’t want more than a taste. Jake enjoyed the bacon cannoli but I didn’t love the porky flavor combined with the tangy filling.
New Foods To Us
We’ve always been curious to try smelt and found them at Walley On A Stick in the food building. These small fried fish are served with tarter sauce.
Jake’s folks have enjoyed smelt in the past and encouraged us not to be scared of eating these whole, little fish. 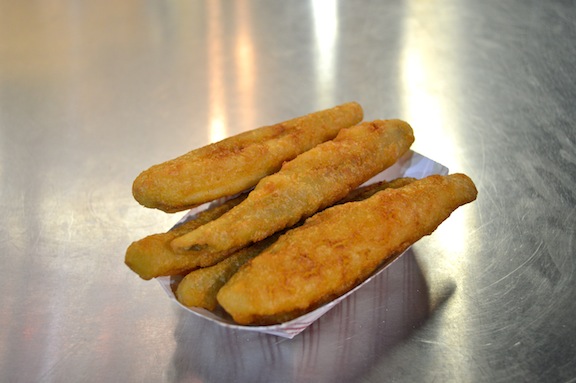 They were easy to bite into and tasted fresh. I didn’t like the mouthfeel of the tiny, soft bones but the rest of the family didn’t mind. 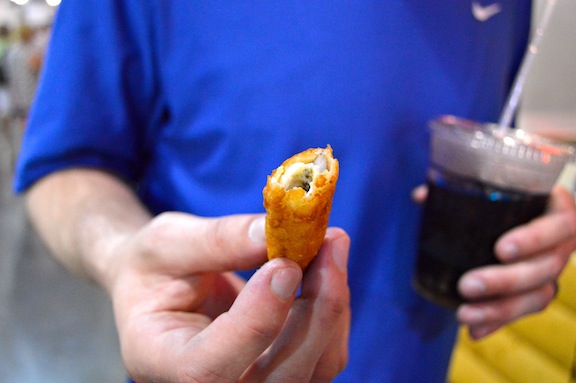 In case you wanted to see what the inside of a fried smelt looked like. The fish were gutted, but I’m not sure if their heads and tails were removed. I didn’t care to investigate underneath the batter. Also, they were larger than I’d imagined. Maybe smelt differ in size.
Minnesota Wine Country was a beautiful sight in the evening. Festive lights and mellow, live music. 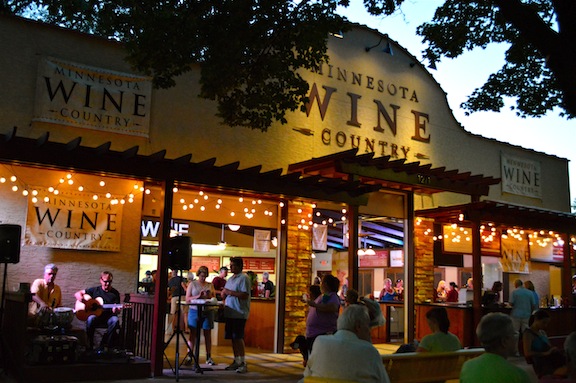 We all shared a flight for $10. We got the heavier wine sampling. Love the MN cup holder. 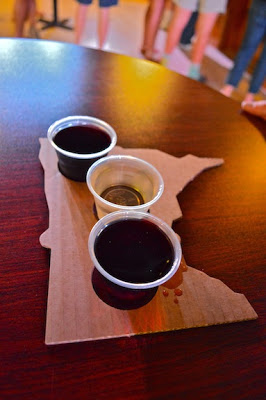 Odds & Ends
I got a kick out of the interactive Texas On Tour tourism exhibit near Heritage Square. It seemed so extravagant and random. You can sign up to win a trip for two to Texas but be aware the iPad machine asks you to scan your drivers license (though you can also type in your personal information). Is Texas having some issues?
I was also amused by this vendor selling casts of one’s own hand. Why are his hands around his neck? I wonder what he’s demonstrating. 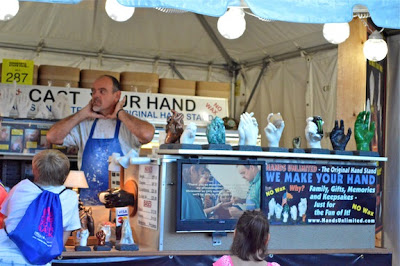 I examined this foreboding taxidermy display at Heritage Square. 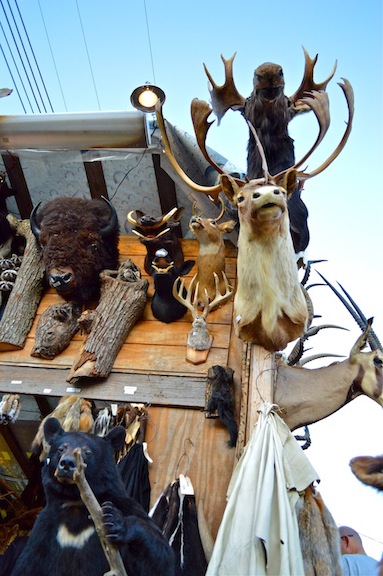 I watched a real and robotic taffy maker working in tandem outside the food building. 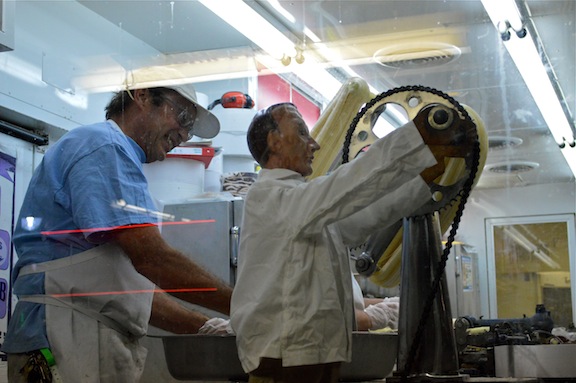 And I did not stick my hand into the creepiest trash can, ever. 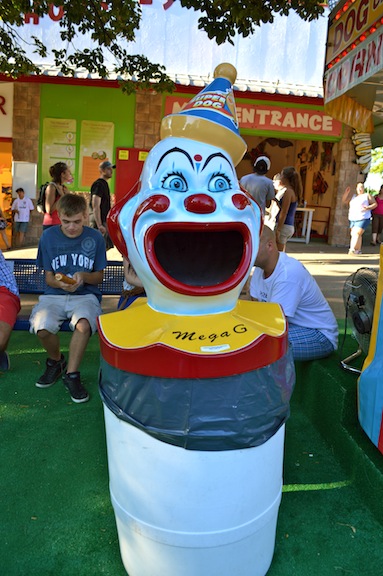 Then, there are the animals. A sheep resting its head on another sheep. 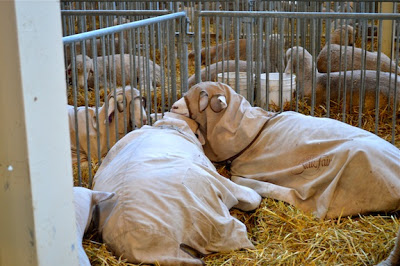 And a turkey sleeping with its head on the wooden ledge in the baby animal barn. 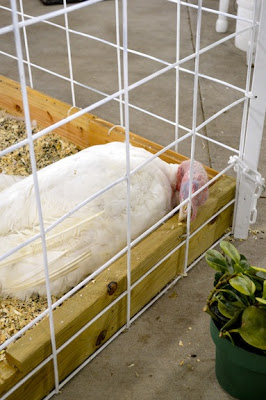 That’s it for this visit. Enjoy the Great Minnesota Get-Together!