Waiting For AAA & Eating A California Burger In Hankinson, ND

I drove south because I wanted to.

Not only did I drive south because I wanted to, but because I’ve never driven south from Fargo. I’ve driven west on I-94 to Theodore Roosevelt National Park, east to the Twin Cities, and north on I-29 to Mayville, but never south.

Consistent with Murphy’s Law, my day off started out with some literal and figurative gray clouds. I stopped at the dealership to get my oil changed. The mechanics recommended another $500-600 of recommended maintenance. I picked three of the five which still cost me over $200. Then, I drove south through the rain.

The storms disappeared an hour into the drive, so I pulled off the highway to explore Hankinson, ND, located minutes from the exit off I-29. I noticed a small drive-in restaurant along the main street and parked for a lunch break. At the Dakota Drive-In, one orders from those old fashioned windows with the sliding glass doors where the menu is posted. It offers a selection of ice cream treats, sandwiches, and every type of fried doodad imaginable. Customers can then choose from one of many picnic table nestled under an open-air roof, perfect for watching the sidewalk traffic pass.

I ordered the daily special featuring a California burger with a side of fried, crinkle-cut potato coins for $4.75. While I waited for my order, I used the restroom and returned to find I couldn’t locate my car keys. I rummaged through my purse a few times, just to be sure, and when I saw them sitting in the passenger seat of my locked car, I tried not to panic.

Fortunately, I had my purse and called AAA as inconspicuously as possible. My phone reception was terrible and the AAA representative had trouble finding my location. Eventually, she confirmed that help was on the way and would arrive in an hour. Had there not been a cheeseburger in my hand and the day not been so beautiful, I would have been so much more upset. I perched on the edge of a picnic table bench, ate my lunch, and waited. The smell of fried onions from other people’s orders drove me crazy and I wished I had chosen whatever they were having.

I noticed how the Dakota Drive-In functioned as a popular watering hole for the community. People came and went, from first-timers like myself, truck drivers, to families, alike. Most everyone seemed to recognize and warmly greet at least one other party and no one made me feel weird.

The burger and cottage fries, by the way, were fine.

The contracted AAA employee arrived as a group of children ran around my table, hurling precocious insults at each other involving bodily functions and body parts. Within minutes, he unlocked my car and I jumped inside. I was in such a hurry to leave that I neglected to take any photos of my meal. I did, however, take a few photos of interesting buildings on the way to the freeway. Then, I kept driving south until the landscape changed and I reached the rolling hills near Sisseton, SD. I poked around until the weather started to scare me and then I went home. 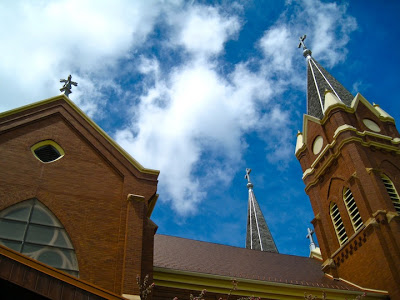 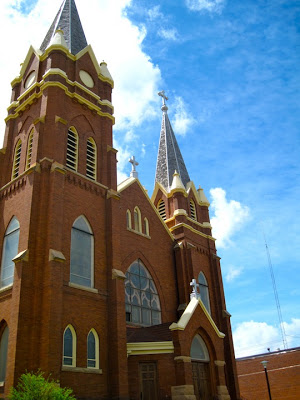 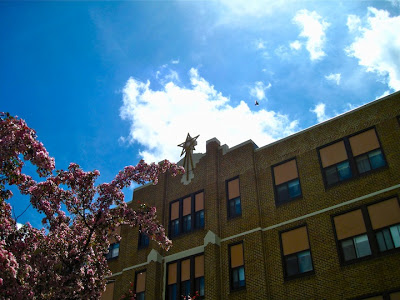 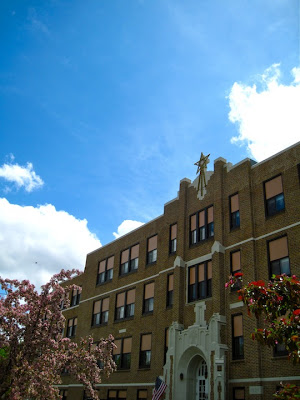 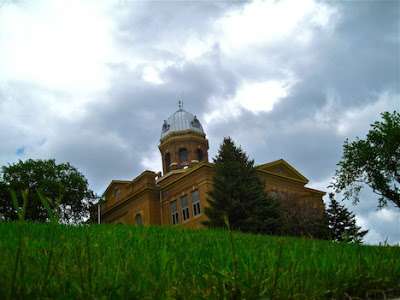