Comfort Food For A Blizzard: My Favorite French Toast

What would you cook during a snow storm?

We were originally supposed to drive to and from the Twin Cities this weekend to celebrate more family birthdays. With the news of impending snowstorms predicted to hit both Fargo-Moorhead and the Twin Cities, we delayed our travel plans for next weekend.

On Friday evening, I stopped at the grocery store to purchase blizzard essentials. I’m not sure why I was so surprised to see everyone had decided to do the same. I lugged home milk, eggs, fruit and our caffeine vices of choice.

We’ve shut ourselves in for the weekend doing laundry and watching Downton Abbey and The Walking Dead. In lieu of our traditional date night, I made our favorite french bread-french toast with bacon.  It’s not fancy or revolutionary and there’s no an exact recipe. Just low-maintenance, comfort food.

My Favorite French Bread French Toast
I don’t use exact measurements for the french toast batter. Depending on how many slices I want to make, I use 3-4 eggs and adjust the amount of milk accordingly. I find it easiest to cook bacon in the oven. This is how we prepare bacon at school and it’s low muss/low fuss. 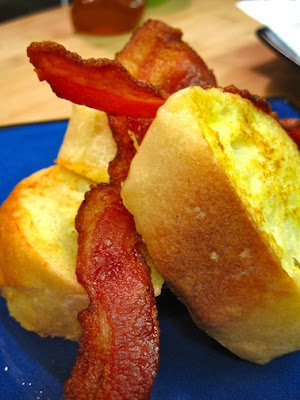 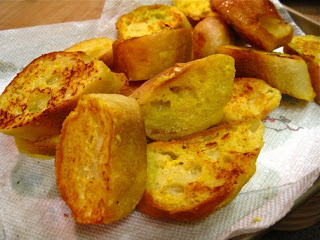 10.  I enjoy my french toast drizzled with a little honey or maple syrup and lightly sprinkled with course sea salt. Fleur De Sel is our favorite.