December 29, 2013 / Jeni / 0 Comments
Before we moved to Iowa, I had hoped to compile a list of the best places to find road food between Minneapolis-St. Paul, MN and Fargo, ND.

Due to the quickness of our move and purchase of our first house, this plan was never realized. However, I do want to take the time to share photos from my last trip to Fergus Falls, MN.

I became smitten with Fergus Falls the first time I drove down these plush, tree-lined streets to the downtown area located about 10-minutes from I-94. They remind me of walking with my grandma through her old Cuyahoga Falls, OH neighborhood to the park. 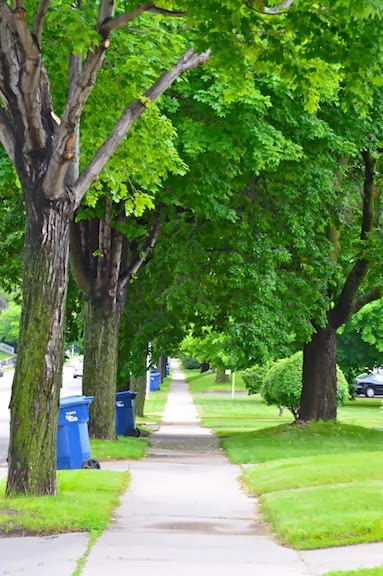 Cafes
I often stopped at Cafe 116 for coffee and a panini on my way to the Twin Cities. 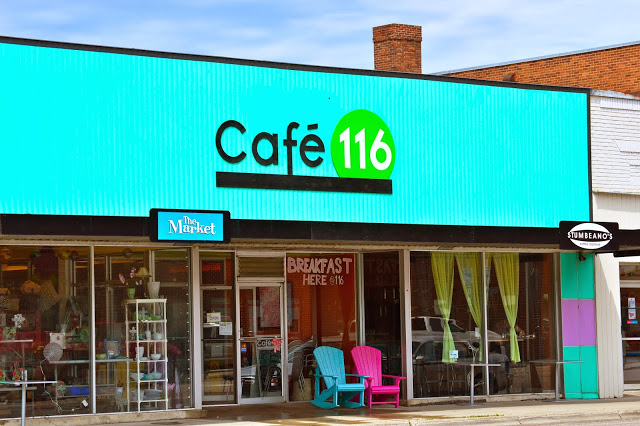 The gift shop next door reminds me of the Bibelot and Patina shops.

My typical order at Cafe 116 was a machiatto (espresso simply topped with milk foam) and a Cleveland Panini filled with prosciutto, mozzarella, thinly shaved red onion and sliced apple. You can substitute fresh vegetables for chips for only $.50. It’s a worthy investment because they provide a large portion of fresh carrot sticks and pea pods. You can even add a small cup of homemade ranch dressing.

Cafe 116 makes as much of their food from scratch as possible and sources from local suppliers including bread and granola from Falls Baking Company, sausage from Premier Meats and Seafood, and maple syrup from Camp Aquila.

I also enjoyed my visits to the Viking Cafe located a few blocks down the street.

This cafe is a fixture; family owned for over 40-years. You can enjoy a meal along the counter or seated in the dark wooden booths. Some of Viking Cafe’s specials may seem a little institutional, but the prices are extremely affordable the service is swift. If you order coffee, your cup will never be empty.

I’ve been told they really shine for breakfast and a reader highly recommended their favorite biscuits and gravy. On my last visit, I arrived in time for an early lunch and they had already sold out, so go early if you want them. 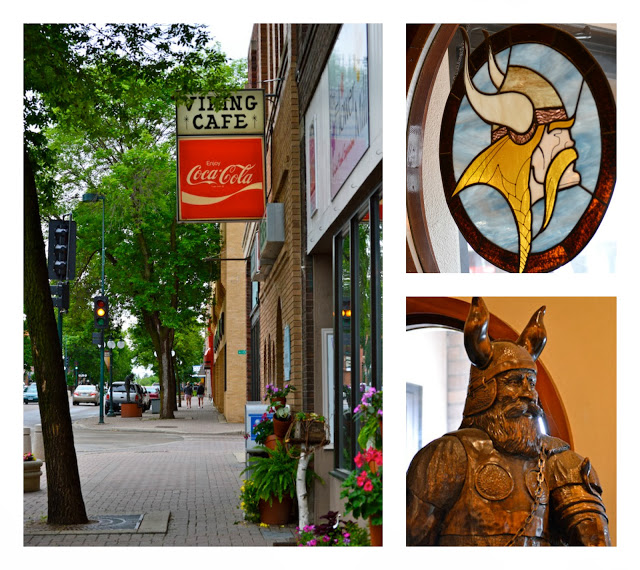 Ghosts
Since you are in Fergus, take a moment to visit the Fergus Falls Regional Treatment Center that operated from 1890-2005 (it was originally called the Fergus Falls State Hospital until 1985).

The treatment center was one of dozens built by Psychiatrist Thomas Kirkbride. He intended that their majestic architecture and sprawling lawns be part of the patients’ treatment. According to this Star Tribune article, the facility was once self-sufficient and patients helped maintain orchards, crops, livestock, and a greenhouse for compensation. 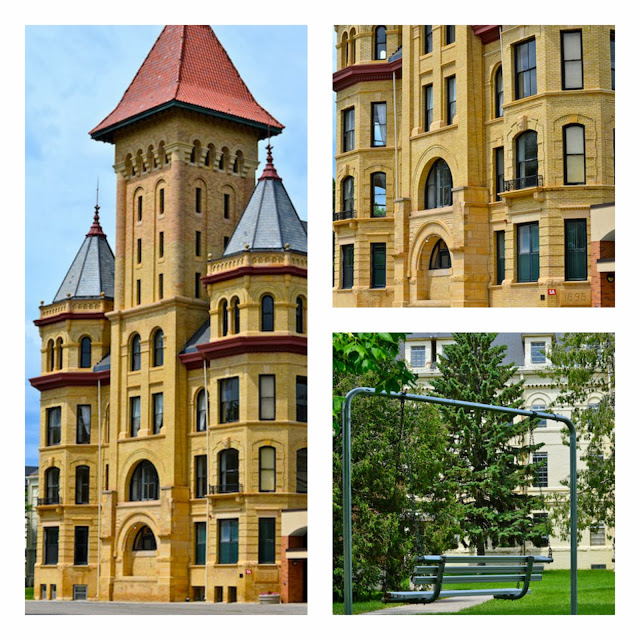 Since its closure, the building has remained mostly empty. The Otter Tail Country Historical Society offers tours and a couple horror movies were filmed on the premises. I found some beautiful photos of the insides of the buildings on Ghosts of Minnesota (Part I and Part II).

It sounds like the city has struggled to find buyers for the property. A group called the Friends of Kirkbride have worked to preserve the historic buildings, while others feel it’s best to demolish them. Both plans would be very expensive.

This recent article mentions that a developer from Georgia signed a letter of intent during June of 2013 to transform the buildings into a hotel, spa, two restaurants, gym and 60 apartments. Renovations are scheduled to begin in 2014. 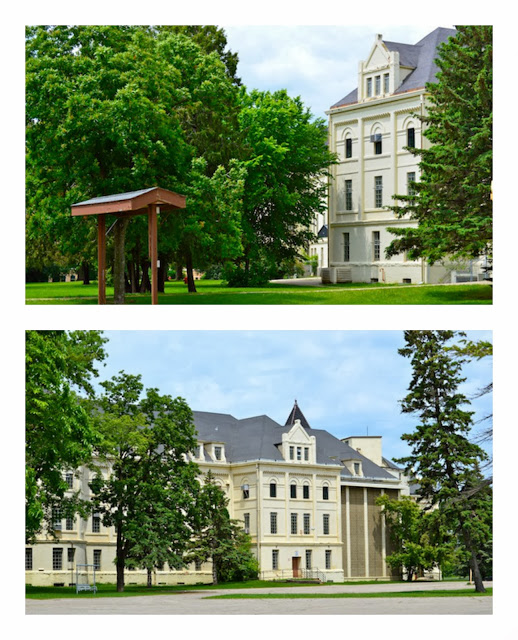 I visited after a heavy rain. The property was silent except for birds and I was alone except for a few nurses power walking during their lunch breaks. I’m thankful I had the opportunity to explore Fergus Falls.

There are always fantastic adventures in store for those who wanderlust.