I confess I haven’t branched out much with my home cooking projects since September when we moved into our new house after living in a hotel room without a kitchen for several months.

Ever since we got our kitchen cleaned-up, I’m excited to cook anything. Even the fact that I can make a grilled cheese sandwich on the stove top whenever I want to is still exciting.

My blogging resolution for 2013 is to expand my home cooking projects. I want to be intentional about making something new each week and writing about it, whether it’s simply new to me, like roast chicken, or something I can’t find in Mason City, like Ethiopian Doro Wat.

I had a blast writing a guest post for a local blogger about trying to recreate a favorite Thai dish with what I could find in my community. I’d like to do more of this.

Home cooking fails are impossible to avoid. They’re just part of the learning process and I have my fair share. You just don’t see most of them because I keep them to myself. Here are some of my most memorable flops from 2013.

On this occasion, I tried a box of gluten-free pizza crust mix from the store.

The dough was sticky and impossible to spread. The baked crust was gummy and spongy. Even more maddening was the fact that these beautiful toppings were lost on this black hole of pizza crust-despair.

I found a recipe for onion taralli in a cookbook called Salty Snacks I found at the library and hoped they’d make a nice savory breakfast with my morning coffee. The preparation seemed unique because it involved boiling the dough before baking, and the ingredients included white wine, olive oil, and caramelized onion bits. What could go wrong? 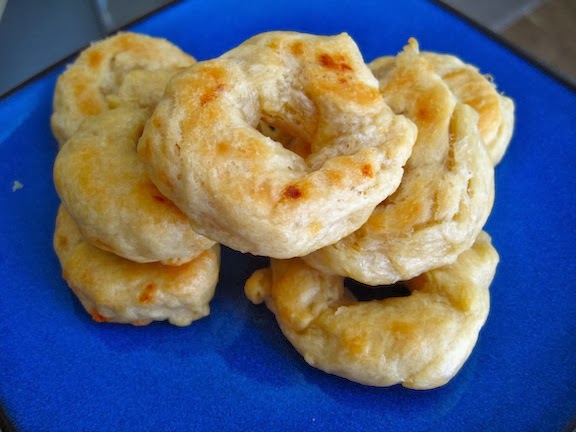 My taralli look beautiful, but tasted so awful they made me gag. Maybe I used the wrong type of olive oil or misread a measurement. I’d love to try these again because I love the concept so hopefully the next ones won’t make me wretch.
This is technically a 2012 fail, but close enough.

Last Christmas, I tried to make rum balls for my coworkers. I was never that into rum balls until I tried ones my sister-in-law’s family made. They had exteriors that were smooth like marbles, a maple-brown color and a delightfully chewy texture.

I did rum ball research (though I was too bashful to inquire about the recipe I liked so much) and tried to make a couple varieties made from vanilla wafers or Oreos. Neither set up and they melted in my hands as I tried to form them into balls and roll them in sugar. They became firmer in the fridge but sat in slicks of congealed oil.

They tasted OK so I distributed them to my coworkers fresh from the refrigerator and set aside a box for a coworker since I heard they get better with age. When I returned from Christmas, they appeared so weepy that I threw them away.

I’m not sure if my coworkers also found oily messes, but they were so gracious that I’ll never know. We were probably not supposed to eat them at work, anyway, due to their rum content.

Do you have a tried and true rum ball recipe?

This is another recipe that sounded foolproof. I’ve made banana bread countless times and loved the idea of adding browned butter to the batter. Butter makes everything better, browned butter is divine.
I baked these cakes with the hope of sharing one with my neighbors. 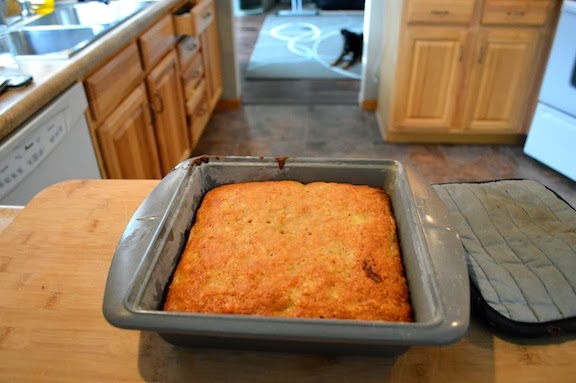 The cake wasn’t wretch-inducingly bad like the taralli, above, but it just wasn’t that good. It tasted one dimensional and bland, even though I added butter milk and extra salt.
In the end, I decided not to share them with our neighbors. I tried to salvage them by spreading slices with salted butter and toasting them in a pan but we still struggled through this cake.

One day I decided to create an easy baked fish dish where I would coat fish fillets in a mustard and bread crumb coating.

I lovingly coated some catfish fillets in a combination of Dijon mustard, bread crumbs, Cajun seasoning, fresh lemon juice and soy sauce. The topping actually turned out well, but the fish was the disaster because it tasted like chemicals. Truly horrid.

My first attempt at making homemade paneer was a partial fail. There aren’t any Indian restaurants in Mason City and I could not find any paneer, so I tried to make it myself because the recipes sounded so easy.
The recipes I found instructed me to complete the following: Heat whole milk until it boils. Add some lemon juice. Stir as the liquids and solids separate. Strain in cheese cloth. Rinse off the lemon juice. Squeeze into a ball and hang over the sink. Press the ball of cheese in your refrigerator until it’s firm. 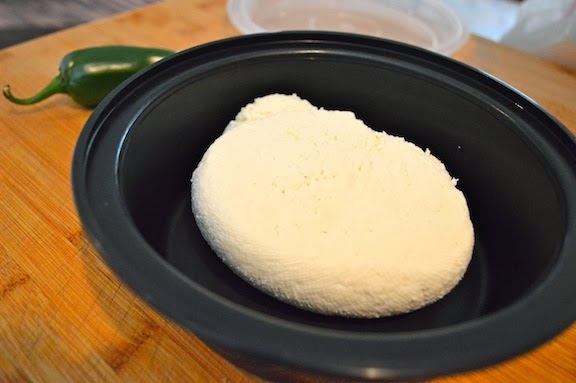 As you can see, my disk of paneer doesn’t look too shabby. I added some salt before pressing it and it tasted fine but was too crumbly to cut into neat cubes. I tried to sear them in a pan before I added them to my tikka masala sauce and they disintegrated into mush. The whole dish tasted acceptable, but looked like porridge. We missed those little cubes of cheese.
I did make this paneer a second time, but I did not cook with it. I just ate it with crackers in the morning.

Do you know how to make homemade paneer that holds its shape when cooked?

My childhood dreams were drowned in this Country Captain Chicken disaster.

When I grew up, I read cookbooks. I was especially fascinated with a Laguna Beach cookbook that my aunt and uncle gave my mom when they lived in Southern California.

When the Laguna Hills cookbook became mine, I tried the recipes I bookmarked long ago. Many have been successes, but this Country Captain chicken recipe was a fail.

In the end, we had a large pot of chicken that we struggled to finish. I could have made a mistake with a measurement or instruction, or maybe it’s possible that I just don’t like Country Captain Chicken, after all.

Jake loves peanut butter. I don’t, unless it’s in a savory dish so we meet in the middle with African peanut stews.
I once found the most perfect peanut chicken stew recipe in a crock pot cookbook. I’ve since lost the recipe and can not remember the cookbook’s name. The stew combines tomatoes, unsweetened peanut butter, red bell peppers, garlic, chicken broth, and hot peppers among other ingredients. Sounds simple, but the recipe’s exact combination is heaven.
One of my cookbooks lists recipes for peanut-pineapple stew. The recipes’ contributors included special notes recommending it was one of their family’s favorite recipes so I tried it and added spinach.
We just didn’t like it that much. Usually we like sweet and salty foods, but the stew tasted too sweet for and we really struggled to eat the leftovers. 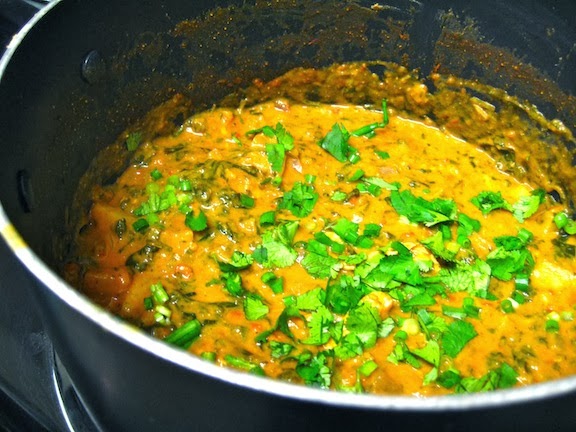 Enough with the fails.

Some vegetarian sushi from Kado No Mise – soy simm

I love that Stewart’s has a vegetarian falafel b

A @kadonomise picnic.
The food here is so thought