I have a long-held fascination with eggplant.

It all started with food television. Growing up, I watched in awe as chefs prepared this strange, spongy vegetable. Sometimes they roasted it and sometimes they fried it. Either way, I just knew that someday I would love eggplant and I was right.

Eggplant just wasn’t a vegetable that appeared on my family’s table. . . or any other family that we visited’s tables. I didn’t see it at church picnics or soccer team potlucks. Maybe eggplant has become more popular in the kitchens of the Twin Cities’ southern ‘burbs. It’s so good and so versatile.

Earlier this year, I watched the episode of Trisha Yearwood’s (my childhood hero) cooking show on Food Network in which Nadia Comaneci and Bart Conner were special guests. Nadia prepared this simple eggplant dip called Salata de Vinete that caught my eye. I whipped together this dip based upon what I remembered seeing her prepare during this episode.

Jake and I liked the dip so much that it’s already gone. After we enjoyed it for dinner, I polished off the leftovers for breakfast and am contemplating preparing a second batch.

Creamy Chopped Eggplant Dip
Adapted from Nadia Comaneci’s recipe for Salata de Vinete. Use as many eggplants as you like. I’d recommend small-medium sized eggplants so they’ll roast faster and have smaller seeds, but use what you have.

Ingredients:
Eggplant
Olive oil
Salt
Onion, finely diced (as much as you like)
Garlic, powdered or freshly grated
Salt, to taste
Black pepper, to taste
Mayonnaise (can substitute greek yogurt or sour cream).
Lemon juice, to taste
Dill, dried or fresh
Smoked paprika or my favorite – half sharp Hungarian paprika, a dash or two

I swear, our weeks are filled with more than gyro kits, egg foo young, and tacos. . . mostly.  I alluded to my long-standing eggplant fixation in my post discussing On’s Thai Kitchen: 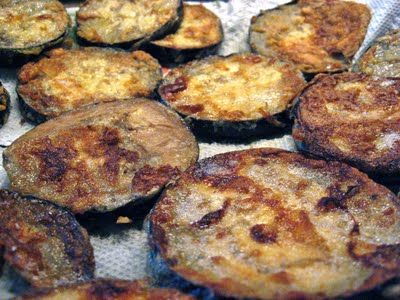 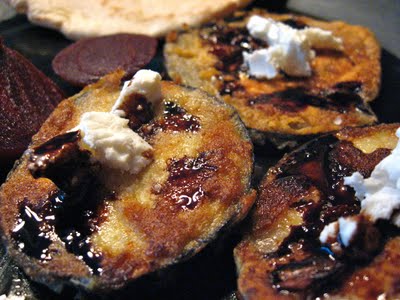