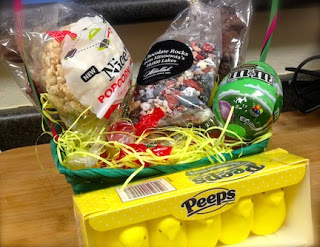 I’m 28 years old and my folks still sent me an Easter basket. It was an unexpected and welcome surprise. I suppose one’s never too old to feel giddy about receiving a brightly colored wicker basket overflowing with chocolates and colorful hard candies from Abdallah’s. When I was growing up, my parents would let me tag along to this candy store in Burnsville, MN. We always bought my mom nicely-wrapped boxes of dark chocolate turtles for special occasions like her birthday and Mother’s Day. They were her favorite.

My folks still sent me Easter baskets in college. One year, I remember my roommates giggling as I unwrapped a chocolate Calvary portraying three crosses on a hill. I was confused, as I thought everyone received chocolate biblical scenes at Easter.

We found two solid milk chocolate bunnies this year. Neither Jake or I eat a lot of candy so I wondered to transform some of my Easter basket into baking projects. 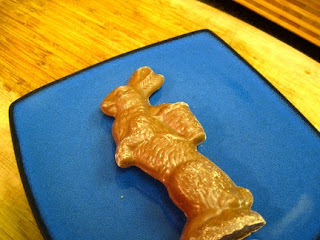 Marshmallow pie came to mind as I thought of my chocolate bunnies. During my first year and a half in Fargo, I worked with a wonderful woman named Becky who told me about a marshmallow pie she always made for her father on his birthday. It’s been months since we’ve spoken of marshmallow pie, but I was still intrigued by the concept.

I remembered the basic pie preparation instructions shared and did a little extra internet research so I could create my own pie crust. Graham cracker pie crust recipes seem to be essentially the same, but I preferred this recipe by Saguaro on Food.com because it contained the least amount of sugar. I also adapted the pie filling from the blog Just Everyday Me because it adds real, whipped cream.

This unusual pie is refreshing. The marshmallow filling is light and fluffy and contrasts with the crunchy, sweet and salty crust. I don’t enjoy heavy and chocolate-laden desserts, but a small piece of this pie with hot coffee makes me feel little closer to heaven, especially on this snowy April weekend. 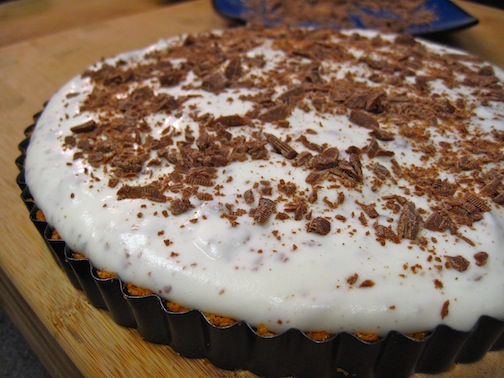 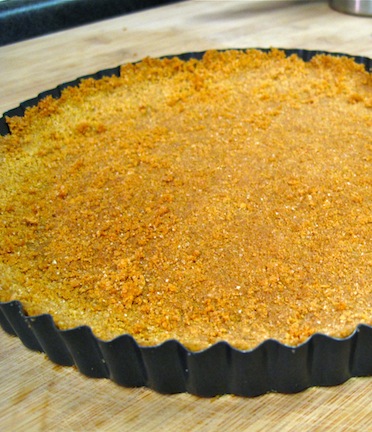