Since both of our weeks had become rather unwieldy, Jake and I observed Valentine’s Day with takeout from Passage To India.  The only Indian restaurant located in the Fargo-Moorhead and beyond-community.

We had really enjoyed our first visit and looked forward to returning ever since.

We ordered two orders of garlic naan, $4 each, boti kabab, $14, bhindi masala, vegetable korma, $10, paneer tikka masala, $10, and a side of raita (which cost extra, though I can’t find the price).

As we waited, we were hypnotized by Bollywood videos and explored the nook of Indian groceries.  I contentedly sipped on a mango juice box gifted to me by the staff until our order was ready.

We eagerly unwrapped our Indian feast at home.

The garlic naan was delicious like our first visit.  I liked the naan’s delicate texture and moist richness provided by the garlic-flecked butter.  Our only disappointment was the portion size that we felt was small.  We had ordered two orders of naan and received four, half pieces of naan for a total of $8. 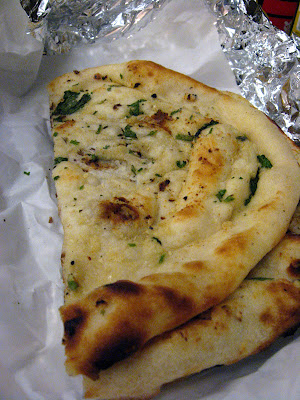 Garlic Naan Side Note
This weekend, Jake and I raced around Fargo looking for frozen garlic naan which I usually buy at the Asian & American market.  On this Saturday, the market was especially busy, so we decided to walk away from the lines at the check-out counters which we estimated to be an hour-long.  Pressing our luck, we stopped by a couple of other stores with no luck in finding garlic naan.  ‘Round here, garlic naan, frozen or fresh, is as valuable as currency.  Only in Fargo, is it easier to find Hopslam five days after its release date than garlic naan.
Damn.
This order of boti kabab was made with chunks of lamb garnished with thinly sliced onion, lemon, and shredded cabbage. 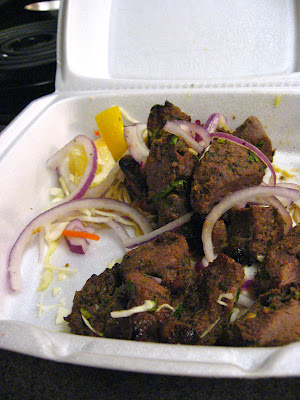 The lamb was tender and some pieces revealed subtle, plush, pinkness.  We really dug the intense seasoning on the meat that pushed the palate towards the too salty point, but stopped just shy enough to taste addicting.  Again, a small portion, especially for $14, but the lamb was excellent. 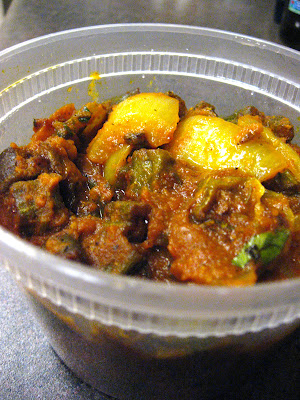 Passage’s bhindi masala was just as good as our first visit, if not better.  Although we ordered everything spicy, this okra dish was the spiciest dish.  If you have never tried okra, you may also love it’s slight sweetness and wonder why it isn’t more popular.
Jake chose paneer tikka masala, a dish we have never ordered together and one I have only tried once. 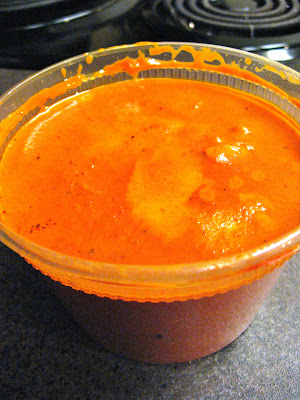 The red sauce was decadently rich and initially struck me as sweet and tomatoey, but the curry spicing was fragrant and compelling.   I wish the sauce was spicier, but found myself returning to this dish to finish every drop, long after we had fished out the chunks of paneer.
Passage’s vegetable korma was different than the version I used to order at Surabhi’s, Bloomington, MN.  The korma was much thicker, and its color was light green.  I enjoyed that the korma was packed with a lot of tender vegetables and was perfectly salted/spiced, but I wished for more heat. 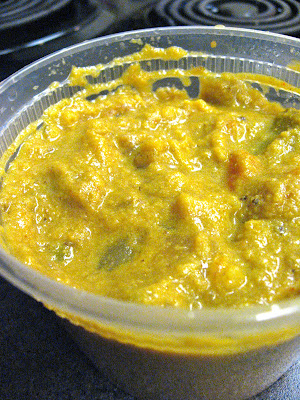 I think I detected coconut in the sauce, which isn’t my favorite flavor, though it’s just a personal preference.  Maybe it will grow on me, as I have acquired a lot of tastes in my quarter-lifetime.  However, I do like coconut milk.
Passage to India also provided three containers of basmati rice of higher quality than the typical take-out rice.  Fluffy and nicely salted with a little bit of richness.
Overall, I really enjoyed our second Passage To India take-out adventure and, thus far, still consider Passage to India my favorite restaurant in Fargo-Moorhead.  I love eating leftovers and this food tasted better and better each day.  On both visits, the lamb has been well seasoned and tender, sparkling as a highlight on each visit.
One of these weekends, I will make it to the weekend buffet.