For as long as I can remember, I have enjoyed watching The Academy Awards.

I’m not that interested in fashion, don’t see a lot of movies, and only pick up a celebrity gossip magazine if I’m in waiting room.  But even my heart isn’t immune all of the glitz and glamour and I look forward to renting the nominated movies that pique my interest.  Especially the obscure animated films and documentaries.

Sunday evening, I was inspired by the Serious Eats post Grilling: Hasselback Potatoes with Rosemary and Garlic by Joshua Bousel, posted on February 24, 2012.

I  also referenced Seasaltwithfood‘s post that provided instructions for baking hasselback potatoes in the oven. 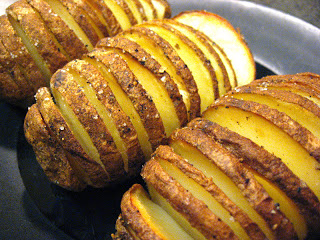 Hasselback potatoes combine the best of a french fry and baked potato and you can prepare them with regular or sweet potatoes. They are simple to prepare and relatively foolproof.  Since potatoes are included on the “dirty dozen” list of produce most contaminated by pesticides, I buy $5 bags of organic russets grown at Hugh’s Gardens, Moorhead, MN, at Hornbachers.

I roasted mine in ghee, the nutty, clarified butter that makes Indian food so fabulous.  If you don’t have ghee or are a vegan, use whatever oil or shortening you prefer.  Bake until the outsides are crispy and the interior is tender and creamy.

At first sight, Jake pointed out my Hasselback attempts looked like grub worms.  Next time, I will try to cut thinner slits.  And they may still look like grubs.

Serve the potatoes with any imaginable topping or sauce.  We enjoyed ours alongside Deb Jenken’s locally-made jalapeno pesto and “Tim’s German Sausage” from Prime Cut Meats located in Fargo.  A good thing about Fargo’s hunting culture is the presence of wonderful, independent butcher shops. 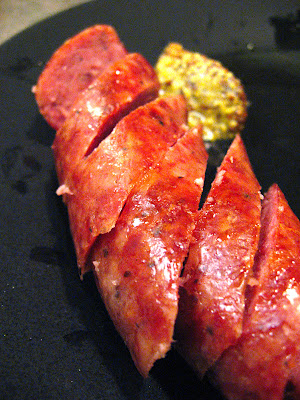 I seared the sausage’s skin until crispy and braised in beer until warmed through.  Don’t forget to braise the sausage, whole, and let it rest before cutting, lest all of the lovely juices run out. 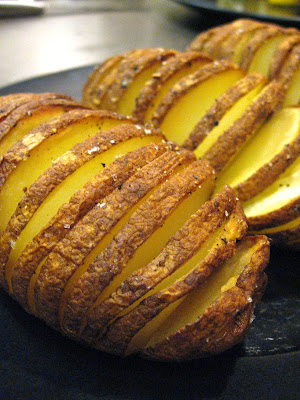 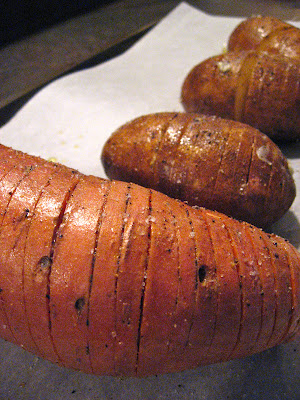 Smear the exterior of the potatoes with ghee and try to smush some ghee between the potato slits.  I also drizzled in a bit of olive oil.
Generously sprinkle with salt and pepper.
Bake for at least an hour, or until the slits are crispy and the interiors are tender.  Sweet potatoes will take longer than russets. 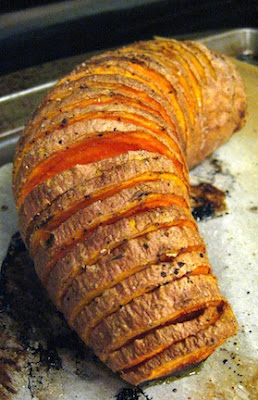 
The whole week goes downhill after WandaVision and