Beirut Restaurant: Give me kibbee.

Beirut Restaurant
1385 Robert Street
West Saint Paul, MN 55118
http://www.beirutrestaurantanddeli.com
651-457-4886
Disclaimer: I forgot my camera at home.  Jill was kind enough to lend me her camera, of which I had difficulty operating. Hence, the fuzzier pictures.

On Saturday evening, Jake and I met my college friend at Beirut Restaurant in West Saint Paul.

Jill and I trace our love of Lebanese food to college.  During my senior year, I lived with Jill and a friend L, of Lebanese heritage.  We were spoiled with the homemade, baked and raw kibbee, pungeunt garlic sauce, and sheets of flatbread L brought from home.  Our friend also made the most delicious salads with romaine and tiny cucumbers, dressed in dried mint, olive oil, lemon juice, and minced garlic.  Post-graduation, we feasted on triangles of baked kibbee, flatbread, and garlic sauce.  My garlic-loathing mother experienced a surprise when she mistook the garlic sauce for mayonnaise.  I have never eaten a Lebanese garlic sauce as spicy or pungent as L’s, and have never found an equivalent flatbread to her family’s which was as thin as parchment and punctuated with golden bubbles.

Once, I spent a whole afternoon attempting to create a baked-stuffed kibbee, using a recipe from the Ethnic Paris Cookbook.  My homemade kibbee was overly crumbly and overwhelmingly gamy.  L’s family did not season their kibbeh with cinnamon, hence, her aversion to Emily’s Lebanese Deli.  I happen to enjoy Emily’s, despite what I perceive to be a regional difference in seasoning.  Shish Cafe on Grand Avenue in St. Paul does not season their kibbee with cinnamon, however, I recall disappointment when my order consisted of two, tiny cubes of of kibbee.  The only baked kibbee that reminded me of our friend’s was served at a Lebanese festival we attended at a church in West St. Paul.

For $18 each, we ordered the Mezza sampler which includes tabbouli, hummus, cabbage rolls, falafel, baked or raw kibbee, baba ghannooj, grape leaves, shawirma, olives & pepperocini, and a two freshly grilled kabobs per person.  I chose a lamb and kafta kabob.

To prevent this post from becoming unwieldy long, I may use Homer Simpson/Anthony Bourdain-inspired summarizations.  Sometimes less is more. . .

Before dinner, I ordered Arak, $7, described as the national drink of Lebanon. 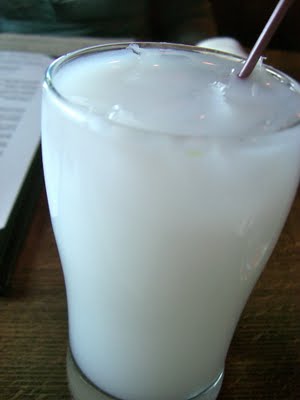 Holy Anise Batman.  According to my favorite scholarly, peer-reviewed source of information known as Wikepedia, Arak is an unsweetened anise liquor.  The milky appearance results when Arak is diluted with water.  Arak is also traditionally served with mezza and the only flavor that could cut through Beirut’s garlic sauce.

Arak doesn’t make my list of favorite beverages but could become an acquired taste. 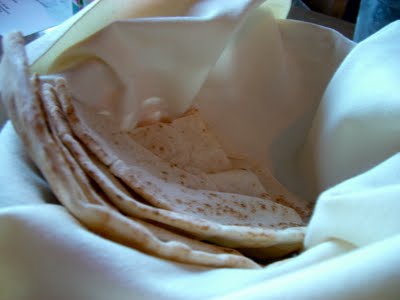 Beirut’s bread is soft and thinner than typical pita bread. 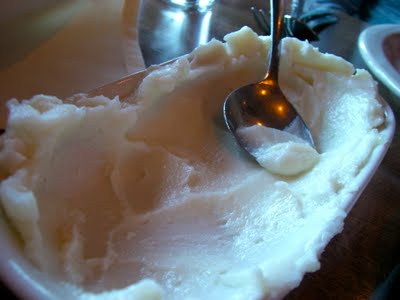 Mmmmm. . . garlic. We scraped up every corner of this garlic sauce with bread.  The garlic sauce was thick like mashed potatoes and pleasingly pungent.  Although the flavor was strong enough to repel pretty, sparkly vampires (although, I would’t even if I could), it was mellowly round.

Must. dip. everything. into. this. garlic. sauce. 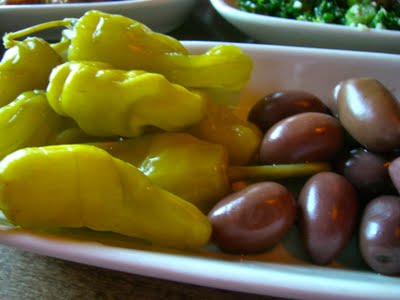 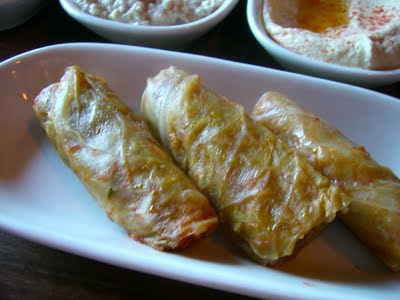 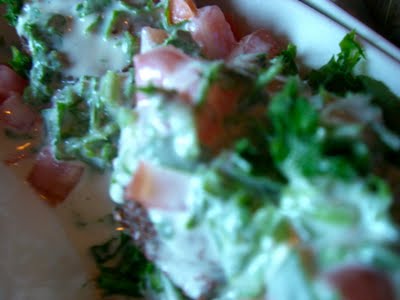 This is a fuzzy photograph of falafel covered in tomatoes, parsley, and tahini sauce.  The falafel remained crispy underneath the tahini.  Unlike ubiquitously unpleasant versions of bland, mealy falafel, Beirut’s were moist and flavorful.  I would rate these falafel at the top of my list along with Foxy Falafel’s. 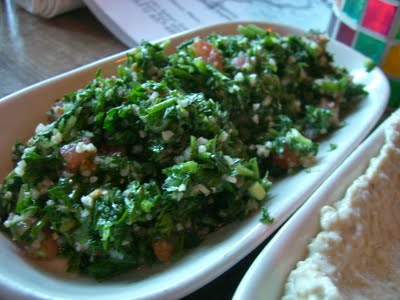 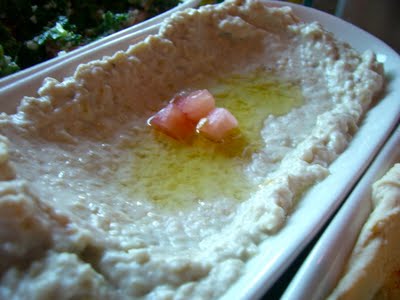 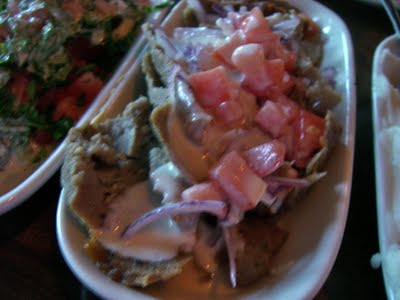 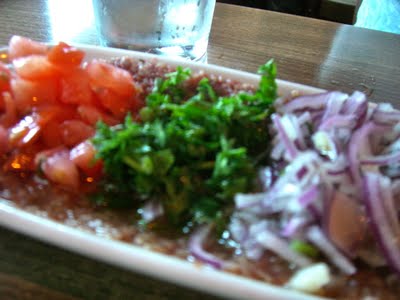 MMMM. . . KIBBEE.
I could have easily consumed this entire dish of raw kibbee and plan to order my own, entree-sized portion when I return.  The texture of the raw kibbee is smooth and slightly chewy due to the bulgher wheat.  The flavor is mild and nicely salted.  I scooped up bites of kibbee with flatbread and dipped them into garlic sauce. 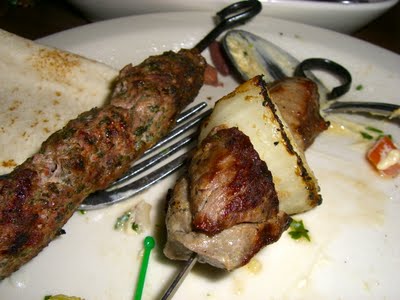 My lamb kabob was tender, juicy, and seasoned well.
To be frank, I was stuffed before the kabobs arrived, and distracted by my longing for more kibbee.
Jeni’s takeaway thought from this post:  Do not fear raw kibbee.
Times Jeni mentioned the word kibbee: 14